Earlier in November, the Chinese Team consisting of Zhang Zheng Hai, Zhou Bin and Xu Zhiliang competed in the Louis Lesaffre Cup Asia Pacific Selection and emerged as champion. With this, they have secured a seat to compete in the final round of Louis Lesaffre Bakery World Cup in Paris next February. They will be competing against teams from France, Japan amongst others. 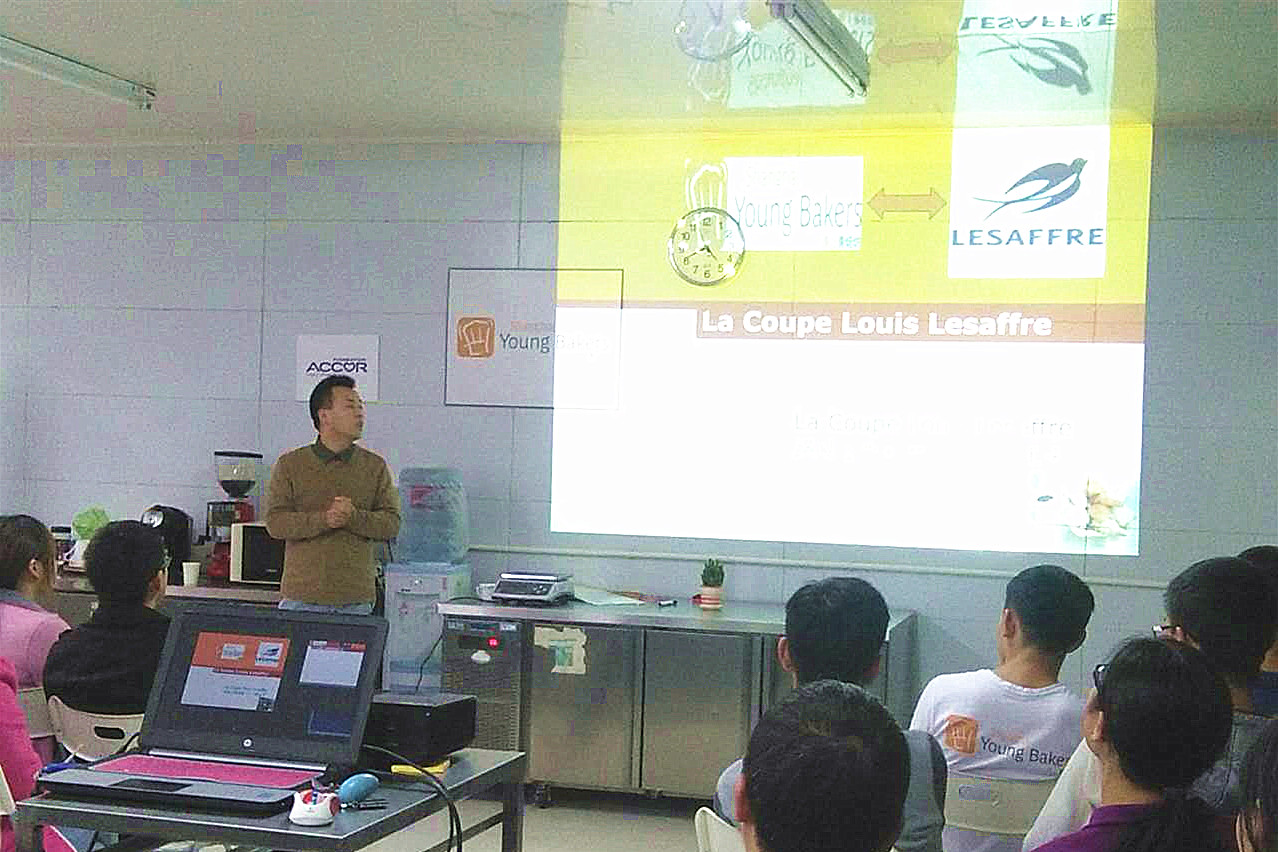 The Bakery World Cup was created in 1992. This is an arena created to develop the quality of breads throughout the world. Further, it aims to promote the baking profession. Each participating country will appoint a team of 3 bakers. Each baker will specialize in the categories of Bread, Pastry (Viennoiserie) and Artistic Creation. Zhang Zhenghai and his team was formed during the China National Selection Cup in May, earlier this year. He emerged champion in the Baguette and World Breads category. His other team mates are Xu Zhiliang and Zhou Bin who has emerged champion in Viennese Pastries and Gastronomic Bread Making Category and Artistic Piece Category respectively.

A recurring theme during the sharing was about hard work, passion and dedication to the craft. During the 2 hour sharing, Zhang Zhenghai shared photos and stories during his training at Lesaffre. Apart from the many interesting anecdotes, he had also shared many valuable learning points about bread making. He also recounted what it was like under the tutelage of Coach Siu Hung Au Yang, a passionate baker with more than 20 years of expereince. He had also invited Ma Mingze, a candidate who represented China in the “The Young Bakery Hopeful” category in Asia regional selection cup. This category was a segment dedicated to youths aged 17-21. Like Zhang, Ma was also a former student from SYB. Zhang hopes that with Ma’s success stroy, students from SYB will be inspired to practice their craft.Xu and Zhou were unable to make it to the sharing due to their work commitments. Nonetheless, they were excited to share their experiences over the phone. They engaged both students and the public with a short question and answer segment.

As the talented bakers have emerged as Champion in the Asia Pacific, they will continue to train hard to hone their skills to perfection in preparation for the World Cup next February!

Your ticket for the: Zhang Zhenghai sharing about Louis Lesaffre Cup 张政海老师的路易乐斯福杯经验分享会